The competition with IROS 2019 has ended. There had been over 150 registrants during the online competition and over 50 attendees to the workshop in Macau. Please stay tuned and wait for the next event!

The competition is composed of two challenges with separate scoreboards. Each team can register for either challenge or both. The competition will mostly be online, with an on-site workshop at IROS 2019 to announce the final scores, demonstrate the best results, and hold technical talks and discussions.

For the details of each challenge, please follow their webpages:

The competition workshop will be open to anyone who has registered IROS 2019.

We are interested in developing humanoid robots with learning capabilities. Computation and memory are typically limited on a robot and there are often requirements of tight real-time performance. Therefore we would like to design algorithms with guaranteed computational and memory bounds. We will show that we do not need to sacrifice much in terms of performance (e.g. recognition rates, accuracy, etc.). We will show practical examples in typical robotics applications such as in the estimation of the robot’s dynamics, on the fly object learning, and speech perception. Results come in different flavors as for example in dynamics estimation the controller has to potentially learn and provide estimates in the millisecond range while longer timescales are acceptable in e.g. visual object recognition. Speech recognition, on the other hand, requires integrating voice input over time. We will show implementations in some of our humanoid robots, namely the iCub and the recently developed R1 service robot.

In a dynamic and changing world, a robust and effective robot system must have adaptive behaviors, incrementally learnable skills and a high-level conceptual understanding of the world it inhabits, as well as planning capabilities for autonomous operations. Future intelligent robot systems will benefit from the recent research on neurocognitive models in processing cross-modal data, exploiting synergy, integrating high-level knowledge and learning, etc. I will first introduce cross-modal learning issues of intelligent robots. Then I will present our investigation and experiments on synergy technique which uses fewer parameters to govern the high DOF of robot movement. The third part of my talk will demonstrate how an intelligent system like a robot can evolve its model as a result of learning from experiences; and how such a model allows a robot to better understand new situations by integration of knowledge, planning and learning.

In the past decade, visual SLAM and visual-inertial SLAM have made significant progress and been successfully applied in AR productions. However, it is still not easy to achieve a robust and efficient SLAM system in real applications due to some critical issues. For example, it is rather easy to encounter rapid camera motion, dynamic or textureless scenes. In addition, it is also not easy to achieve real-time performance on a mobile device. In this talk, I will introduce our recent works for addressing these key issues. Especially, we build a new visual-inertial dataset as well as a series of evaluation criteria for evaluating the performance V-SLAM / VI-SLAM in AR applications. A series of AR demos will be presented based on our developed SLAM system.

In this talk, I will discuss how 3D environment acquisition can benefit from robot platform, and then, how 3D vision becomes an essential part of robotic vision, with 3D visual learning the essential underlying technique.

The following talks are from finalist teams of the two challenges. The order is unrelated with the scores. 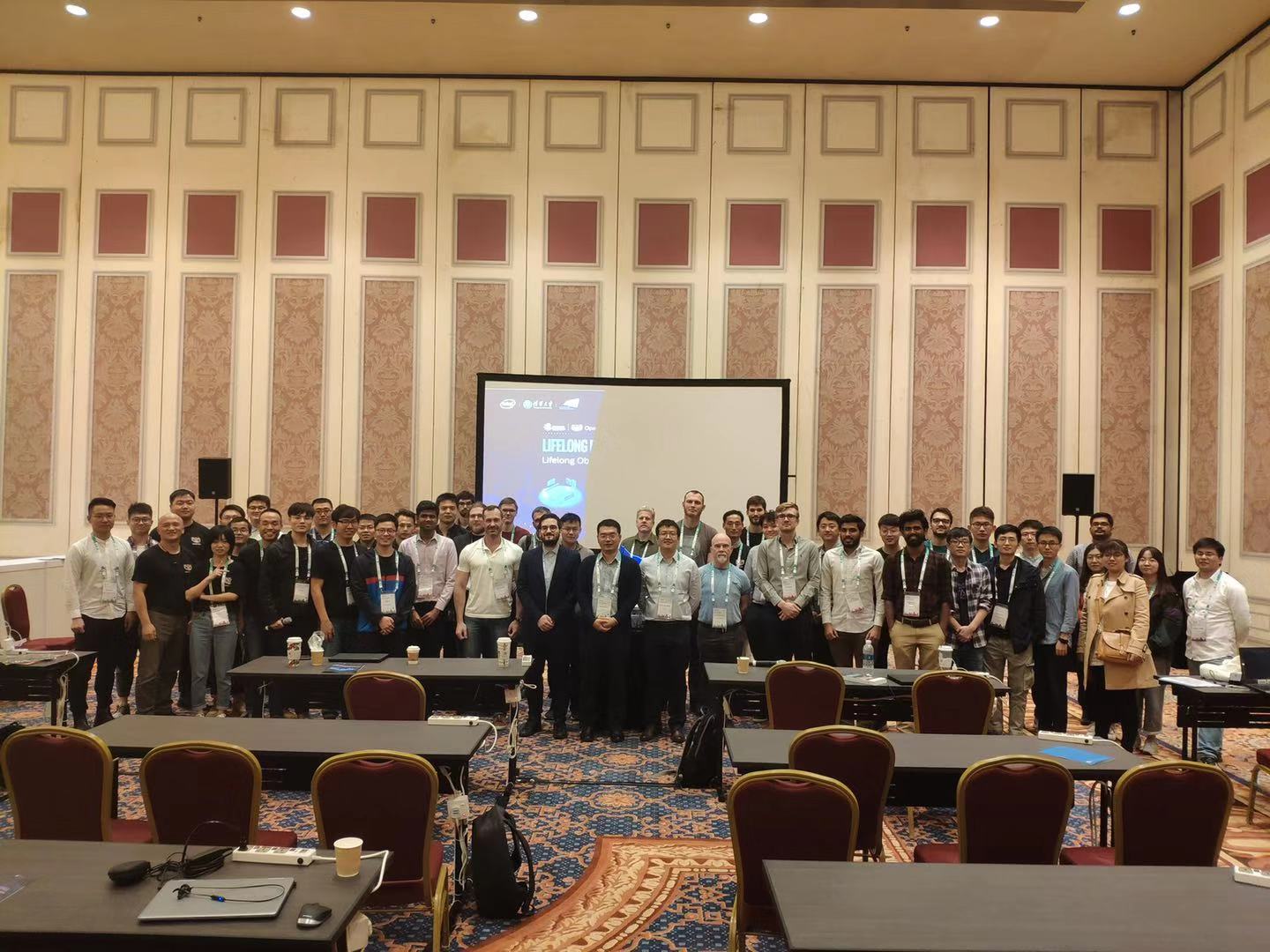 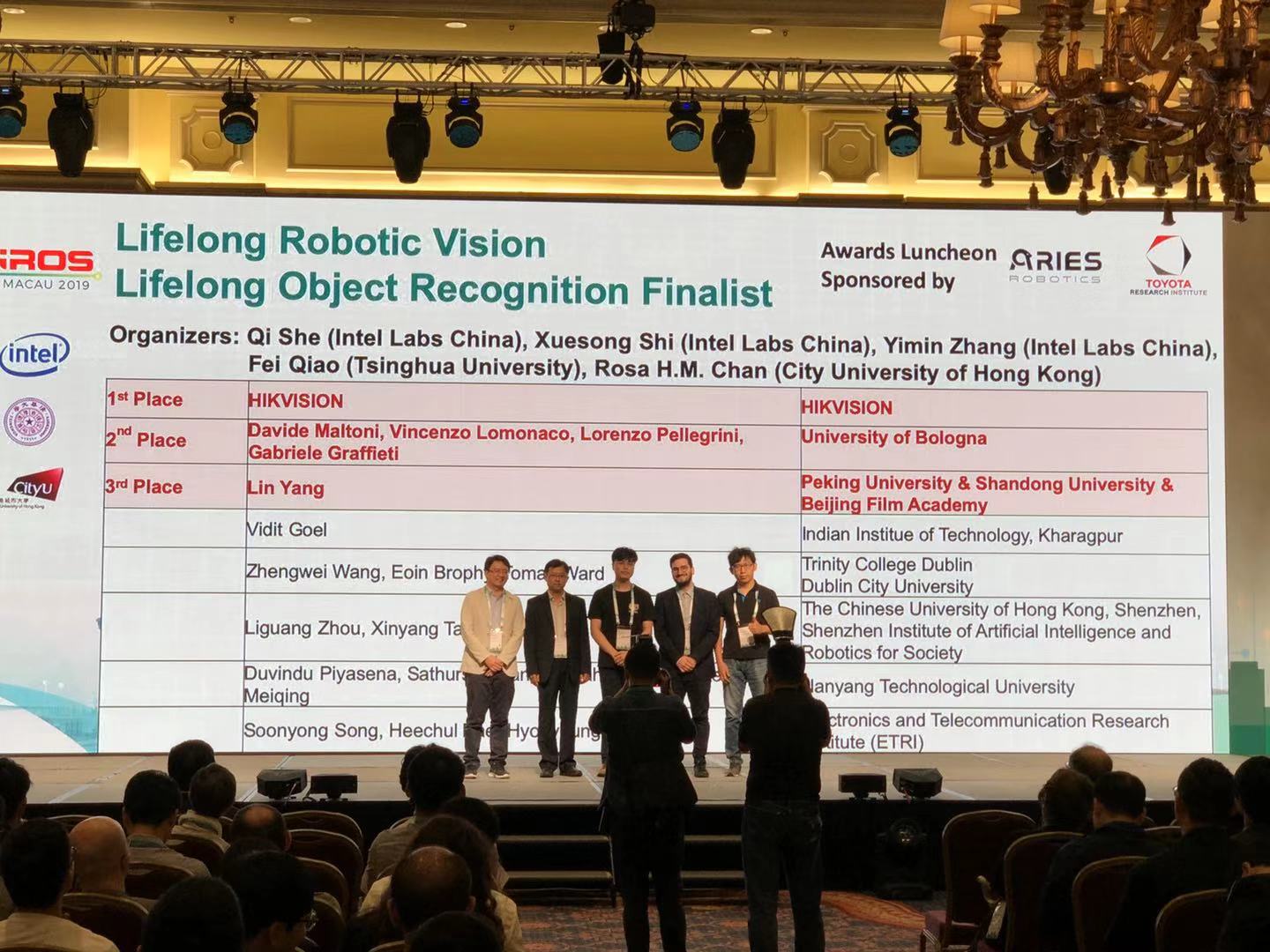 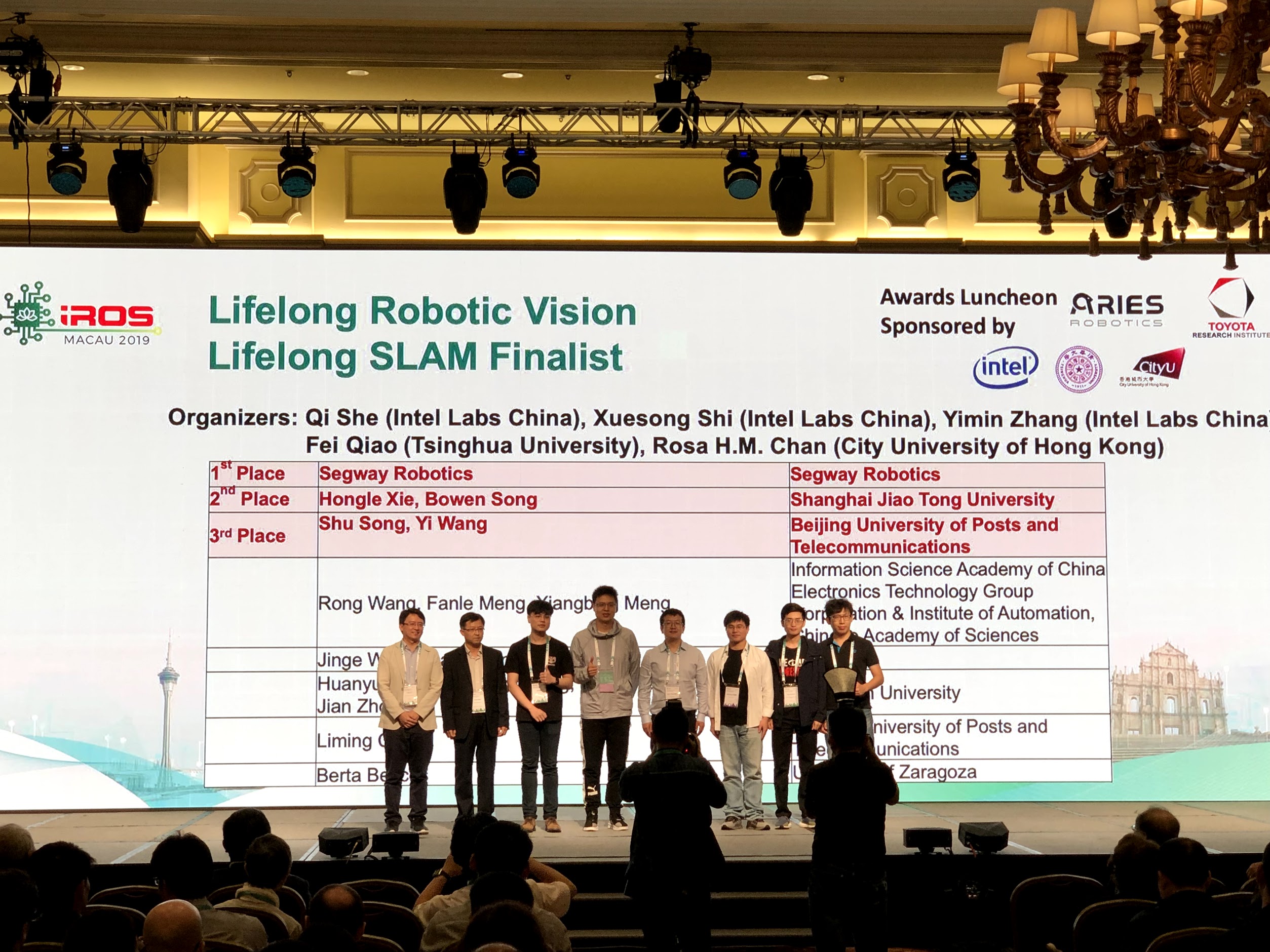 CHINA ROBOTC will be onsite to support the workshop and present their robots.

Intel Realsense will be onsite to present their products and answer any questions.

Reports & Articles (some in Chinese)

We thank the following partners for their data contribution and valuable suggetions on the competition.